Importance of good manner in Islam 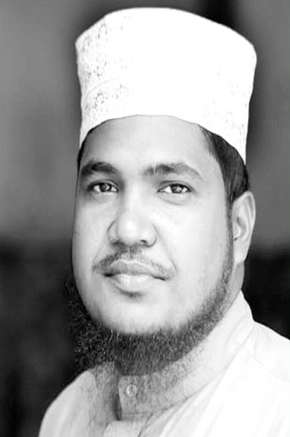 Importance of good manner in Islam

The issue of good behaviour is imperative in Islam.  Behaviour is the mirror of a family. If any one’s behaviour is good then he is honoured and termed as a  dignified person although he has no wealth and property. On the other hand, a person might possess many wealth and property, but his/her behaviour is bad. Then, he is considered to be a bad person to everybody. He will never be able to earn popularity in the hearts of people. As such, Allah in His holy Qur’an and our Prophet’s Sunnat stressed repeatedly on learning good behaviour and its practice in our daily life. Suratul Tahrim: Ayat No.6: “you save yourselves and family members”. Tabeyee Hazrat Mozahid Rahmatullahi Alaihi explained it as “you invite your other members of the family to be afraid of Allah and teach them good behaviour.A person of good behaviour talks politely and maintains a neat and clean image with pure heart and noble character. The main feature of good behaviour is to behave with any one politely. I speak in a good manner, wear tasteful dress, when I pass through, all stand up, stop working and follow me, but if my behaviour with others is very cruel, my utterance stop their laughter, my behaviour hamper their joyous mood then it should be assumed that I am yet to acquire the good manner.The wise men say: nobody remains poor if he acquires three characteristics. i) good manner, ii) malice to none, and iii) free from hesitation.

Ibne Quayeem Rahmaullahi Alaihi said that good behaviour is the criteria of success and good luck. On the other hand, misbehaviour leads to the way of unluck and demise. Nothing is parallel to good character for bringing welfare in the worldly life and hereafter.

Rasulallah Sallallahu Alaihi Wa Sallam replied, “that the woman is leading a life of Zahannam.”

Sahaba Azmain Raziallahu Anhum this time said, Yia Rasulallah Sallallahu Alaihi Wa Sallam, “there is another woman who does not perform so many Islamic rituals, but her behaviour is very good and so sweet that if someone goes to her, his/her mind becomes fresh, joyous, frustration goes away, get inspired.”

Khatib-e-Baghdadi Rahmatullahi Alaihi said that the foremost duties of the Hadith-learners are: they will be the ideal of good behaviour, the highest ranking modest and top most practitioners of Islamic rituals. On the other hand, they will be the least in anger and indiscretion. Because, they are the containers and bearers of Hadith and Huzur Sallallahu Alaihi Wa Sallam’s best character, obeying, civility, decency. The noble lifestyle of the family members of Huzur Sallallahu Alaihi Wa Sallam and Sahaba Azmain Raziallahu Anhum and the tradition of their predecessors are the sources of inspirations. And that is why they will choose the better than the best and discard all odds and bad.

The writer is the chairman of the Bangladesh